The Roof of Burghley House

Posted on December 28, 2014 by Montacute Pavilion

The first thing you see as you approach Burghley House (Stamford, Lincolnshire) is the amazing roof, with its curious hybrid of Tudor and classical and the gleaming golden flags

In Fig. 1 there are interesting pairings: between the two-column chimney and the six-column one, and the two pepperpot domes. These two domes establish a distinction in shape that I had not been aware of before working on the Montacute pavilion. There are ogees and ogees. The one at the left is like Montacute, the lover curve kept tight and the upper long, to emphasise the pinnacle.

The one at the right is much broader, more like a dome with a reflex curve on the top. Also interesting are the obelisks (Fig. 2). I don’t think I have ever seen the door-handle volutes on the base before. It provides a fresh, if complicated way, of terminating and obelisk, which has become something of a cliché as an ornament.

In Fig. 3 I rather like the repetition of the column-chimneys, and their jittery little attic sections, like Lego blocks, as well as the alternation of high–low openings and round–triangular pediments. Not to mention the Union Jack.

This is seen better in Fig. 4, where what is striking is the sheer variety of forms that play on geometrical solids, not the assemblage of parts that is central to the Orders. And the gleaming pennant appears again. 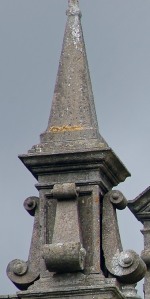 And here again is another interesting obelisk base (Fig. 5), more usable in many ways because the volutes can potentially be cut from a sheet. The mouldings make the bottom of the obelisk much broader, a two-stage form. 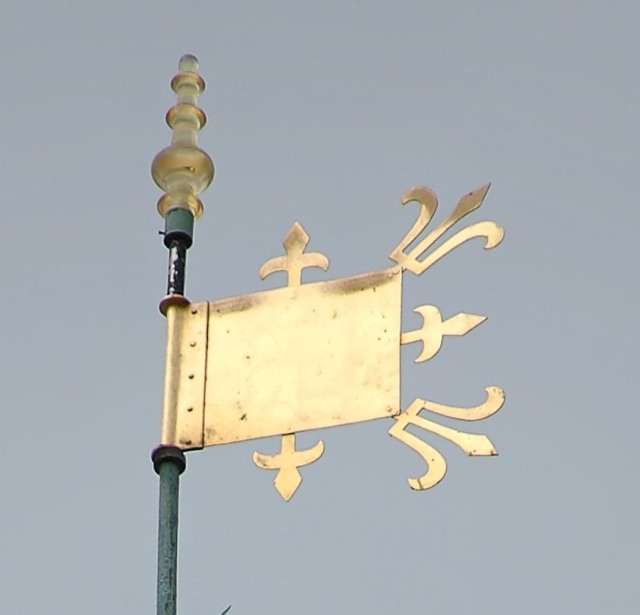 The pennant itself (Fig. 6, the one on the right hand pepperpot) seems to be made of brass, folded over and riveted. The fleurs-de-lys at the corners also seem to be riveted on, but the spearheads seem to be attached to the other side. What is most amazing is that the ornament at the top of the shaft seems to be made of glass!